There was a little girl
who had a little curl
right in the middle of her forehead.
When she was good,
she was very VERY good,
and when she was bad,
her mum was nigh suicidal.

Mommies, I salute you.

When you're a mom, it's really easy to get down on yourself. First of all, there's pregnancy; which irrevocably changes your body and your mind in ways that you never would have expected. No one can tell you what it will REALLY be like, they can only tell you what it was like for them - and I know from experience that pregnancies are vastly different from one to the next.

Then you've got the baby. It is so, SO easy to feel like you're doing everything wrong (don't even get me started on sleepless nights and possible post-partum depression). Once you've navigated the mine field that is getting this baby up and through toddler-hood, the little buggers go ahead and develop their own minds. Sometimes it's hard to remember that they're not sitting in the bathroom for 20 minutes unraveling the entire roll of toilet paper to make you angry - they're doing it to explore the world around them and learn. The things that we all KNOW are inappropriate are things that they must be told about.

It's amazing how a four year old can make you feel like the worst, most useless person in the world. They can also make you feel like super woman. I would almost liken it to an abusive relationship; one second they're yelling and throwing things at you and the next second they're cuddling up and telling you they love you. It's hard. All on it's own. One of the things that can make it even harder is having to put up with other people's judgement.

The other night, I was out walking at the track. (I sometimes do this, and will be doing it more often now that I have a bridesmaid's gown I have to still fit into in October - but I digress.) There was a bunch of people playing volleyball. I like it when this happens, because believe it or not, I find walking around in circles for an hour kinda boring. So - volleyball. These people were having a great time. Every time someone scored (? I'm not clear on volleyball terminology) there were high fives all around. When someone made a nice save, high five. When someone did a particularly nice serve, they actually broke out in song and there were hugs. Even when they missed a dig or just spaced and missed the ball altogether, high five. I've always thought that the victory dances and ass slaps were a little ridiculous, but maybe they really do serve a valuable purpose.

I couldn't help thinking, wouldn't it be great if other areas of life could be so non-judgementally encouraging? If I handled a situation on the playground with my daughter well, shouldn't someone high five me? When someone notices a particularly well behaved child in the grocery line up, maybe they should say a quick "well done!" to the mom. How about when a child is behaving atrociously, a nice "don't worry, you'll get 'em next time!"?

Being a mom is a hard job. It is. I know it's been said a million times, by a million people, but just like an unruly four year old, it seems like no one's really listening. So for all you people who glare at the parents of the child screaming in the grocery cart, or comment when a kid throws her food on the floor in a restaurant; maybe you should realise that we're doing our best. Maybe instead of judging us for when things are going badly, you should encourage us to get us through it and help us gain the confidence to parent our children properly, instead of just trying to get them to be quiet, so that we send them out into the world as confident, thoughtful people. And maybe, just maybe, if you ever find yourself in the same situation, you'll get the encouragement you need too.

(Although, I would prefer not to be slapped on the ass.)
Posted by Jessica at 2:37 PM No comments:

Apparently, it does NOT go without saying.

Today, I watched in bewilderment as my four year old walked intently toward me - making eye contact - and proceeded to dump an entire container of pencil shavings on the floor. I'm still not sure why. It did bring to mind, however, the phrase "it goes without saying."

I do not believe in this phrase. You shouldn't pee in a public place. You really ought to dress warmly in winter. You should eat fruit and vegetables. Being polite will help you get what you want. These are all things that I thought went without saying, but have been proven wrong numerous times, by numerous people.

This is especially not true of children. I find myself saying "no" and "don't" a lot, and was thinking that it must suck to have a mum as negative as I am. I realised today though, that I am not a negative mum. I must say these things to them because if it goes unsaid, they figure it's allowed. So I will continue to say things like "don't dump out the pencil shavings on the floor", "don't feed your sister crayons", "no, you may not go to school in your underwear","do not pour shampoo all over your legs while you're using the potty"; because even though I thought these things could go without saying, I assure you, they cannot. 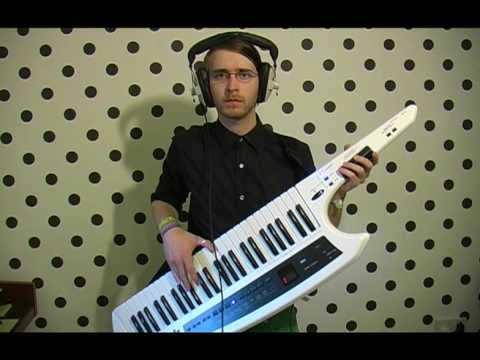 This, my friends, is some awesome I wanted to share. Enjoy.
Posted by Jessica at 2:04 PM No comments: