Well, crap. Yet another thing that I didn't start when I meant to.

Can I start late? Or have I already bunged it for this year? To be fair, I did have other things on my mind... pumpkins aren't going to carve themselves, and sadly, I can't study by osmosis.

I tried to write every single day last year, I really did, and only managed to do 20. I suppose (even if I missed day 1) there is still the possibility of doing better than last year. So, here we go: 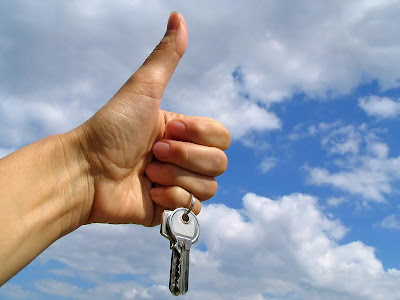 Yesterday, I went and wrote the test to extend my license so that I wouldn't have to wait another year before I could schedule a road test.

Despite being entirely confident that I would pass -- because I remembered it being really easy as long as you could read and knew what might kill someone while you were driving -- I felt like I would throw up all morning. I am really not good with tests.

My husband took the whole day off for the occasion, because really? Who knows how long you're going to have to wait at those testing places? We charged up the iPad for poor little Kee who would have to accompany us and ventured forth.

The testing facility that I went to is in this creepy industrial park type place that kind of looked deserted.

We waited an hour before I was able to take the test.

Then I had to get my photo taken at a specific desk, because, as I was getting it extended they had left the transaction open from when I had paid to take the test... because if I passed, I would have to pay the re-licensing fee, and if I failed, they would take my license and shred it in front of me.

Anyway. I went to the desk that I was told to, and then realised I would have to wait some more.

I sat and listened to a man heap abuse on the woman at the counter for something that was entirely not her fault. For about twenty minutes. (I've never understood it when people do that. It's not in her power to help you; move along.)

So... one hour and thirty-eight minutes later, I am once again licensed to drive with a responsible adult at my side until 2016.

Here's hoping I remember to do the freaking driving test this time.
Posted by Jessica at 11:04 AM