I don't know if you've picked it up -- maybe from the fact that I'm scared of children's birthday parties -- but I'm not so good with crowds. Especially biggish crowds full of people I don't know.

Yet I decided to attend this conference, all by myself.

I bought the ticket way back, and figured that I would have plenty of time to maybe learn some calming breathing exercises or something, and I'd be fine. Then I blinked and it was two days away.

I didn't make it to the party on Friday night, so I walked into the newcomer's meet up knowing absolutely no one. That can be intimidating for anyone - for me, it was kind of terrifying.

I did spend a lot of time wandering alone; I found that it was just too loud to sit and actually talk to people. That, and a lot of people seemed to already know each other and I didn't feel okay about barging into their conversation or standing around waiting for them to notice me.

I was lucky enough to get to hang out with the author of a blog I have a crush on*  And I have to say that the author is totally crush-worthy too. In an entirely non-creepy, not stalkery, kind of way.  I also got to meet a few incredibly smart and funny people; Schmutzie and the Palinode are hilarious, and Bon Stewart is way too smart for me. I now have crushes on all of them. Again, totally non-creepy.

I can't really decide my ultimate feelings on the conference; the sessions were good, the "mingling" was bad. I almost didn't go on my Sunday excursion, (partly because I was still feeling a little overwhelmed by all the new people, and partly because I managed to pick up a raging head cold along with the blog tips) but I'm really glad I did; I was much more comfortable in the smaller sized group.

A few things I wish someone had said to me beforehand:

1. Wear something comfortable: Nothing makes a bad day worse than realising that the pants you're wearing are actually three inches longer than you thought they were and having to spend the whole day hiking them up. If you want to get new shoes, get them a couple of weeks ahead of time and break them in around the house. I know, I know, this one was actually pretty obvious.
2. Try coming up with answers to commonly asked questions before you attend: I should have been able to answer the question "what do you blog about?" way more eloquently than "uh... you know... my kids... funny stuff ... uhm...sometimes books?" It may feel dorky to write something out and practice in front of the mirror, but you'll appreciate it when you know what to say, instead of just blurting out whatever random crap comes to mind.
3. Try to acquaint yourself with some fellow attendees before the event: I was kind of lonely for most of the day. There were so many people there that I never even saw the people that I had been chatting with online. If you know someone you want to meet is going to be there, make the effort to plan a meet up with them so that you're not kicking yourself later.
4. Take Pictures!: I went out to dinner with all these bloggers I'm crushing on, and have absolutely no pictures. Sad, really.
5. Don't beat yourself up: You're trying something new. You may love it, you may hate it, but at least you tried. So, maybe I called my husband in the middle of the day -- at a pay phone, because I was the only one at this social media conference without a cell -- and told him that I wanted to come home. And maybe I felt like I was going to cry. Or barf a little. After the call, I left the hotel and went for a walk. I decided to stay and hear the speakers I came to hear (Especially Susan Cain!). And I managed to stick it out until the end of the day and felt proud of myself because, even though I was uncomfortable, I did it. Whether you hop in the cab or take the walk, just feel good about the fact that you tried something new.


The only goals I really set myself for the weekend were "don't crap your pants, and don't pass out." While that may not seem like aiming high, I am thrilled to say that I did neither.

Would I go again next year? Not sure, but hopefully if I do, I'll remember my own tips. Especially the one about the pants.

Now I leave you with, perhaps, the best blog related advice I took away from this experience:

"Be okay with occasional crap. Just write. Find the gems in the crap."


*Don't look at me like that; it makes total sense to have a crush on a blog.

Labels: advice, all about me, being a grown up, being sick sucks, Blissdom Canada, Blissdom Canada 2012, conferences, fan girl crushes, I can't help it if I'm shy, I'm neurotic, me time, Mummy ramblings, writing

So. Today is the day that my big brother moves to a different country.

The real sad news today is this: 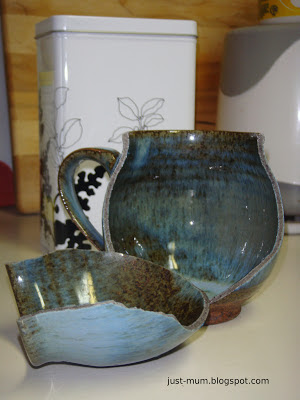 Labels: all about me, family, quiet moments, sibling angst, sometimes you're just sad

In the past, Kee has gotten up at least once a night and crawled into bed with me for a snuggle. She is afraid of the dark so, when she comes, she runs as fast as she can and I can always hear her coming. Lately, she's been sleeping through the night.

I however, have not been. I have been waking up around three, every night, and would swear that I heard her little feet running into my room. I convinced myself that, since it was the time that she usually came in, I had just trained myself to be awake and that the little footsteps were just my brain waking me up. That sounds plausible, right?

Last week, I was woken up a little earlier than usual by raccoons going through the garbage outside. While I lay and listened to them -- wide awake, I assure you -- I heard the footsteps. They weren't coming from the hall though. They were above my head.

Every night, it runs back and forth in the drop ceiling above my head. And every night, I sleep with the sheet pulled over my face, just in case the thing should nibble it's way through and fall on my face.* (After which, it would inevitably chew my face off.)

And just last night, I heard it in the kitchen while I poured myself some water, and then in the bathroom while brushing my teeth.

I think it's started following me.

While I'm not a violent person and don't specifically want it dead, I would really, really, like it to be alive somewhere else. (Or maybe a little bit dead.)


*Have you seen the episode of Raising Hope, where Jimmy learns that Sabrina sleeps with nylons over her head? Well, I'm seriously considering it.
Posted by Jessica at 4:16 PM 3 comments:

Last night, as I was settling in for the night, I was stabbed in the eyeball.

Okay, fine. I wasn't stabbed in the eyeball, but I'm pretty sure if I was, it would feel like that. Anyway. I started crying, flapping around, and every once in a while, yelling an expletive*.

After about five minutes, Husband finally said "would you like me to lick your eye?"
"WHAT?! NO! I would NOT like you to LICK my EYE! What the hell, dude?
"Well, how else will you get whatever it is out?"
"Who DOES that? If you lick my eye, I will KILL YOU!"

Because, while I am glad that my husband loves me enough to volunteer to lick my eye, I would apparently rather feel like I'm being stabbed than see this coming towards my eyeball. (Am I the only one who thinks that sounds like a really bad idea?) 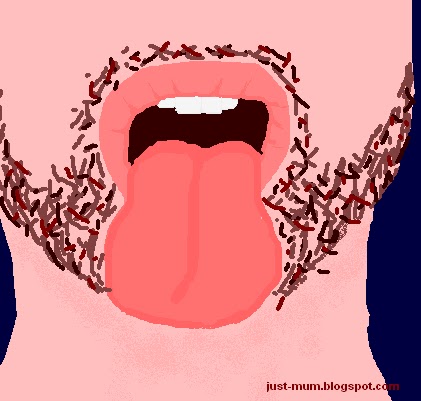 And now if I ever get stung by a jellyfish, I know who will jump at the chance to pee on me.


*This will tell you exactly how much it hurt; I was yelling real expletives, not just "cheese and crackers!"