Here I go - cluttering up the desktop again. So nice to see my little folder with all the pictures in it. Here is the picture of the baby quilt I made. The first quilt that I ever made, start to finish, all by myself!

For those of you interested in these sorts of things, it's machine pieced, and hand quilted. I'm not ready for anything fancy, and the pattern is pretty busy already, so I just stitched in the ditch along all the grid lines. Then the back looked a little plain, so I picked out a few of the larger stars and quilted around them to add a bit of interest.

It turned out pretty well and now I can get it out of my house, and covering a baby, where it belongs!
Posted by Jessica at 9:48 AM 10 comments:

Alrighty. No focus at all today, so let's just have a chat, shall we?

Beege is doing much better, thanks for asking. A lot of her welts turned into bruises, so she kind of looked like we were beating her with drumsticks for a little while - I assure you, we were not. She's back at school, where she belongs, thank goodness. You know how when your kid is sick, you'll do anything to help them feel better? Fetch books, bring water, let them eat lying on the couch, watch copious amounts of inane television? Well, she's just getting past the stage where she thinks I will still let her do those things. I will not. Yesterday, she made me take her for a walk around the neighbourhood holding a sign that said "Save the Earth", and was very pleased with the one lady who smiled at her and wished her a happy earth day.

Kee? She's doing fine. She didn't get sick with the vomits when B did. She seems to have decided that it's a really good idea to start screaming when she doesn't get her way. First, she looks at you to see if you really mean no. Then she makes this horrible exasperated noise that is akin to a moose's final death throes*, then she throws herself on the floor and full out wails. It's a little draining.When she's not screaming her head off though, she's charming and lovely to be around.

Husband is doing well. Very busy at work. Our anniversary is coming up - nine years (of marriage, anyway). Luckily, he doesn't follow those lists of what you're supposed to give someone on anniversaries, because I don't want any pottery, or willow. That's... what? A mug in a basket?

I'm okay too. A little .. sad? Maybe "bewildered" is more the word. I'm tired, and I'm unfocused, and I just want quiet. Which is nearly impossible to get in my house. I've been trying to focus on finishing any projects that I've already started. I've got a horrible habit of starting something, and then getting excited about something else before it's done and just moving on. I finished my first ever quilt! It's a baby quilt, and just squares, so not too difficult, but I did do it by hand, so I'm kind of proud of it. I'd post a picture, but Husband "fixed"** the computer last night.

That's about it... nothing very interesting going on over here. But considering the past few weeks, maybe that's a good thing.

How about you guys? Anything exciting happening to you?

*Probably.
**Which seems to mean "hid all my files and changed everything so I don't know how to use it."

Hang In There, Kid.

There's been a lot going on around here lately. Mostly to do with Beege.

Three weeks ago, I sent off a relatively healthy child to a play date. When my husband went to pick her up, she was lying face down on a couch, with a fever. It looked like strep throat to me, so Husband took her off to the doctor.

Anyhoo. The Amox did the trick, and she was right as rain in a couple of days. Great. Until day 7 of her 10 day prescription when she broke out in a rash. Back to the doctor. Who said that it "could" be a reaction to the Amox, and if she was itchy, we could give her some Benedryl.

The next day, when her entire body was covered with welts, and her face looked like a swollen red balloon, Husband took her to the hospital. Where they said "someone said this could be an allergy?" and prescribed her some nice steroids. It took three days of steroids and continual use of Benedryl to get her looking normal again.

Then, on Saturday night, as Husband and I were settling down to watch a movie at 10:00, who wanders out of her room? It's Beege. With a bucket. Because she's just ejected what looks like a gigantic ball of wet snot from her body.

She threw up for two days. Now she's done with that, but she's going on day two of not eating.

She looks shrunken. This has been THREE WEEKS of sickness, grossness, and discomfort for her.

Anyway. Hopefully, this will be the last of it. But while I'm been sitting around, worrying that maybe all of this is a recurrence of her HSP, I'm making her a little present. 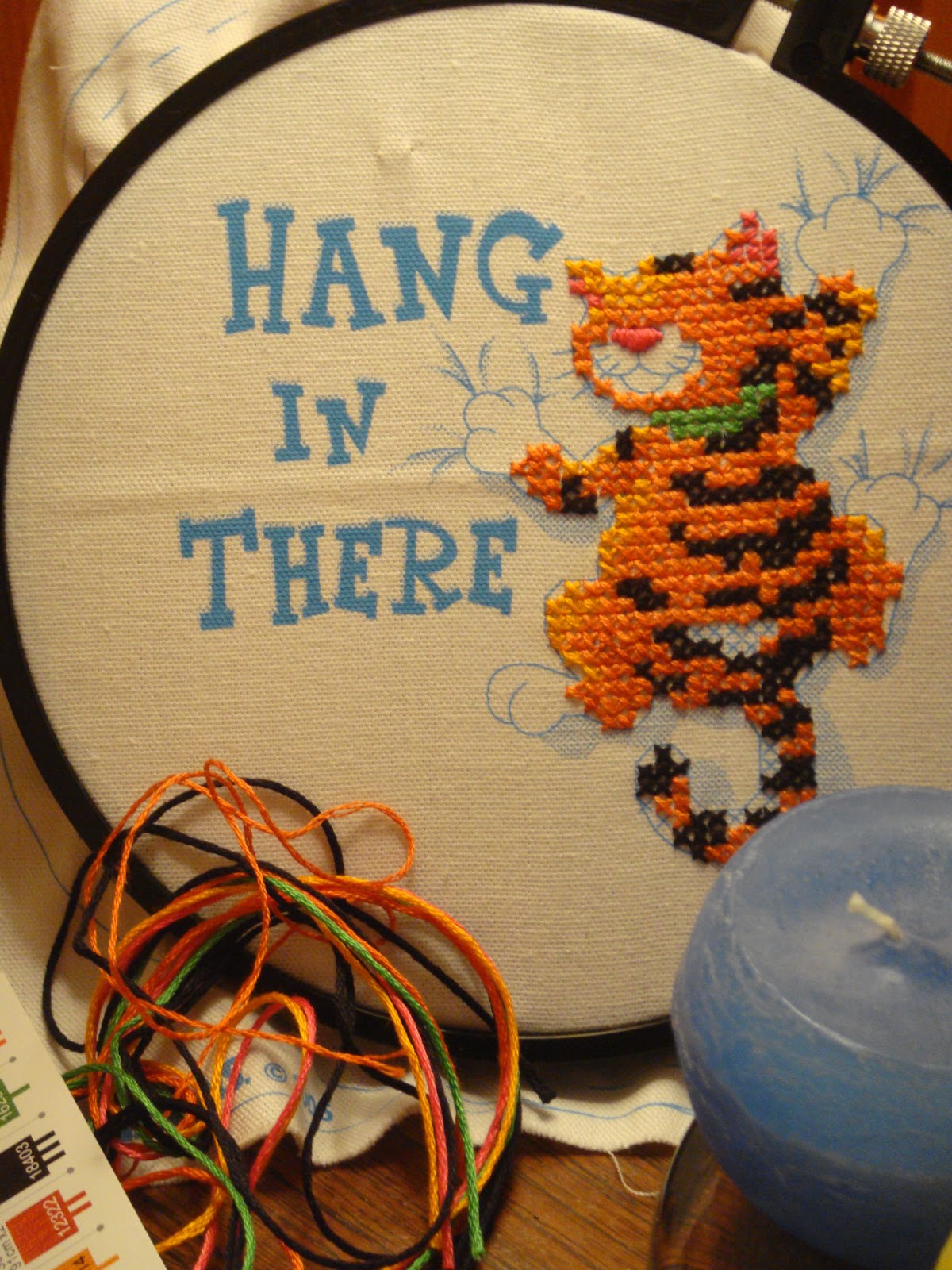 I have seen absolutely no signs of spring yet. There was that one day, where everyone was wandering around in shorts because it hit a balmy 10 degrees, but now it's back to freezing with flurries. And I miss nature. So here is a picture of some nature that I took last summer. Enjoy. 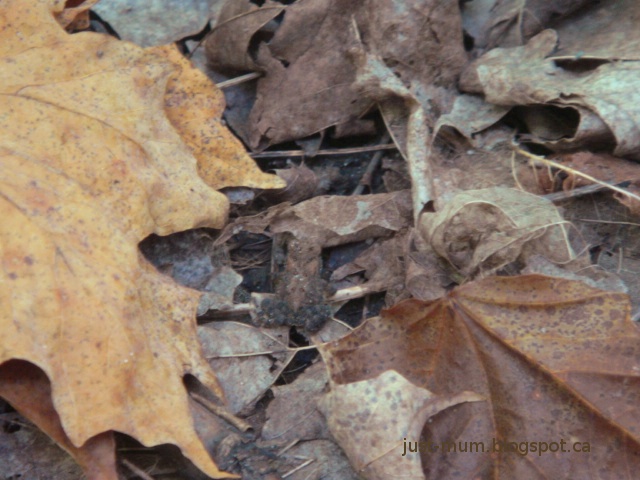 Last weekend, Beege lost another tooth. This one, she lost while trying to unscrew the cap of a plastic milk bottle with her teeth. While it was a little loose, I think that it was meant to hang out in her face a little while longer.

Which was actually perfect, because when the Tooth Fairy forgot to come to our house that night, it gave her a much better excuse than "I got caught up watching The Walking Dead, and then the Talking Dead. Boy, that Chris Hardwick is hilarious." 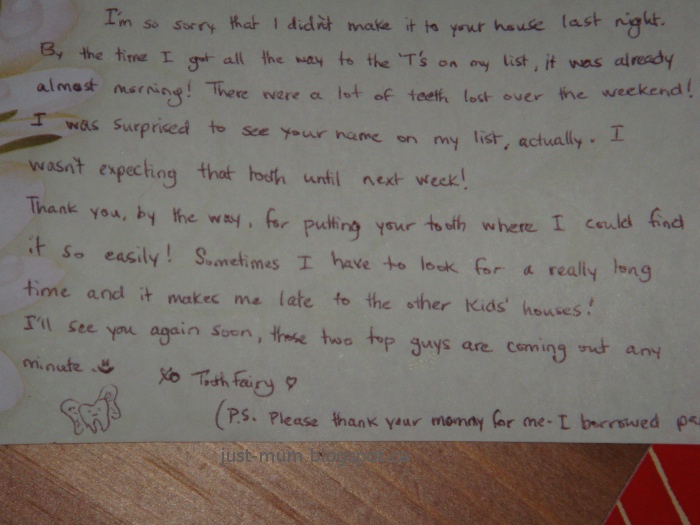