The Apple is Sitting Next to the Tree.

So, you guys know that I make stuff. Every once in a while, I try and get the kids interested in one of the crafts that I'm doing. Not (only) because people are generally calmer and quieter while doing crafts, but because I like to have things that we can enjoy together. And I just can't grasp Pokemon. I've tried. I just can't.

A while ago, I got Beege a kit to make a stuffed animal. She showed absolutely no interest.

Then, recently, she decided that we should have some mummy/daughter sewing time, and pulled it off the shelf again. The kit included a large bear for the kid, and a small matching bear meant for her doll. Because she's awesome (and because a certain someone squealed "Is that one for ME?"), she decided to make it for her sister.


It was such a success* that we decided she could, and should, design her own stuffie. 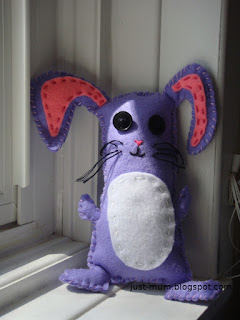 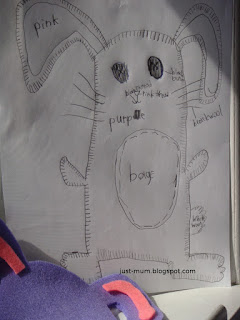 I don't think she quite gets how proud I am of her.

*With liberal sprinklings of mummy "help".
Posted by Jessica at 10:54 AM 5 comments:

Nine Years is Willow and Pottery.

I am not the easiest person to live with. I'll admit that. I'm a little flaky, I don't like to clean, and I am not the most organised person you'd ever meet. I'm a tiny bit of a hoarder. Maybe. I don't clean out the fridge as often as I should, and I avoid putting out the compost whenever I can help it. Because it smells, and drips, and it's just gross.

And look, I'm not saying Husband's a saint or anything, because he leaves his stubble in the sink, and keeps turning the pillow around the way I don't like it, he is constantly on his iPhone, and he looks like he hates me before he has his coffee in the morning. (That was seriously a problem when we were dating.)

But, nine years ago, he decided that he'd like to be stuck with me forever, and I agreed.

So I'd like to say thank you to the guy who has been putting up with my crap for the last fourteen years. He is kind, and patient, and loves me even when (maybe especially when) I don't feel like I deserve it.

All of that stuff that I said to you, nine years ago... still true today.