Last weekend, we went up to the house to get some more painting done. We figured we'd get the basement, and maybe our bedroom or a bathroom, done.

The good news is, the finished part of the basement is even bigger than we thought.

The bad news is, the finished part of the basement is even bigger than we thought.

It was also a darker colour than we thought and took more coats than we thought it would. I think that we were actively painting for about eight hours. And that was after we cleaned all the melted wax, jammy handprints, coffee stains, and other miscellaneous gross stuff that I don't want to think about off the wall.

But once we're all done (yes, we still need to do another coat in some places, even after eight hours), it's going to be awesome. There is more than enough room for a whole load of kids' junk, as well as a corner to tuck a daybed for when Husband's mum comes to visit, a reading corner, and somewhere to watch TV.


While I picked the colour because it was pretty, it is also a very satisfying name to yell as a curse when you realise it's midnight and you're not even half done the job. 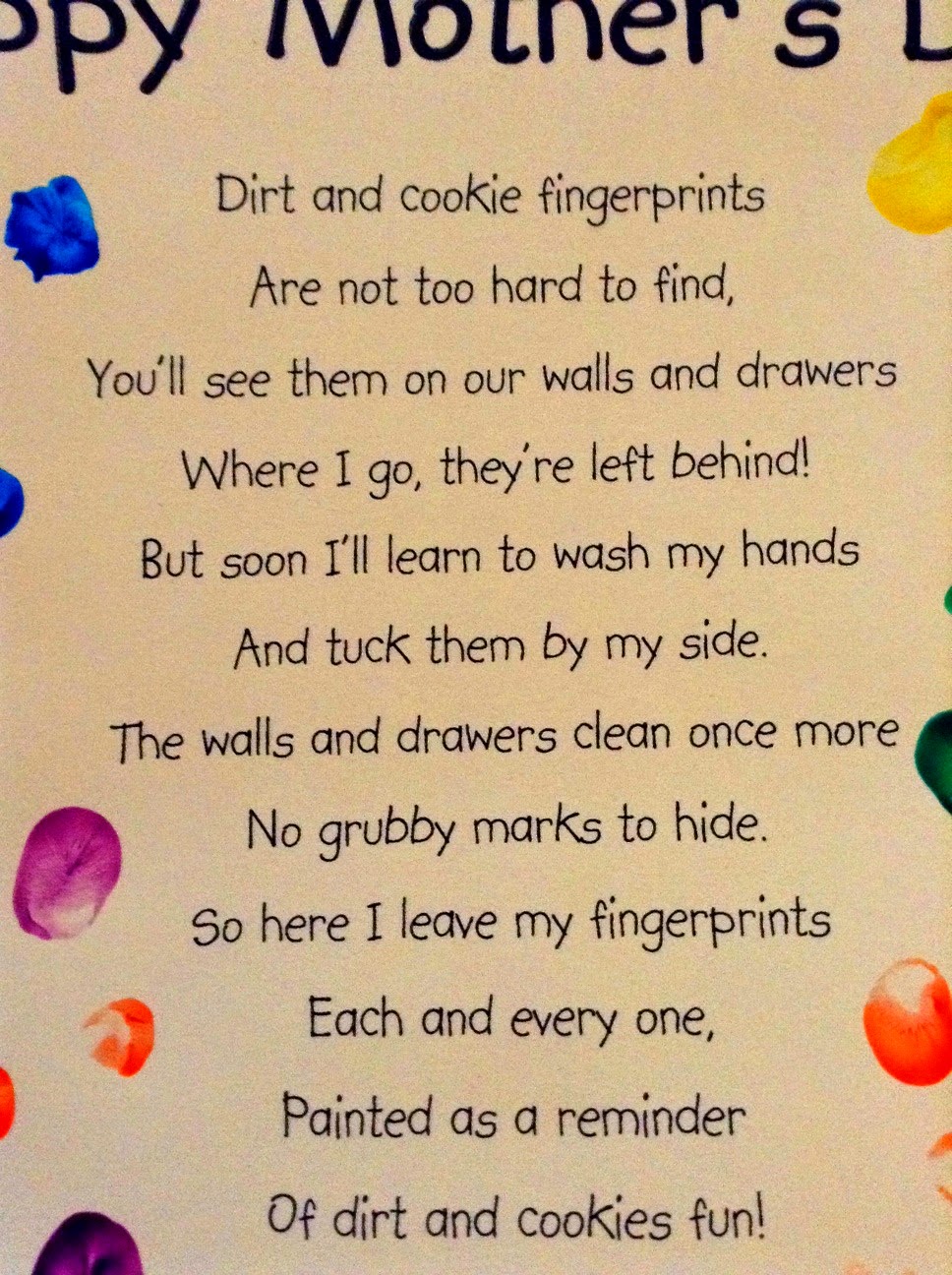 I may have teared up a little bit when Kee sat me down and read me the poem she decorated for me at school.

Kee: What's wrong, Mummy?!
Me: ...*sniffle*.. nothing, really. I was just thinking that you are getting so big, and you used to be tiny, and you're ... *sniffle* just going to keep getting bigger.
Kee: ...
Me: I'm all out of babies! ...*sniffle*... I love my big girls, but I miss my tiny babies. You guys change so much every single day!
Kee: It's okay, Mummy.
Me: I know, I'm just being silly. It's silly to miss someone who's sitting in your lap.
Kee: And don't worry, I'll share my babies with you. Because I'm going to live with you forever!
Me: ... oh yeah?
Kee: *grabbing my face and staring into my eyes*... forever.

Labels: all about me, babies, big girl, Conversations with Kee, mother's day

But I Can't Lift My Arms.

Pretty much the only thing that we need to change about the new house is the paint colours. When you go into our new house, most of it is tans and taupes. Nice, right? Neutral, yes? But they're all just slightly off. As if they went in to the paint store, looked at the exact same paint chip that I would have, and said "Oooh... I love it, but I'd like it even more if it had a weird green/yellow undertone!"

Which I would not have said.

We were looking at the walls and thinking about whether we really did need to paint the entire house. The colours are almost what we would have actually picked! It's almost just right!

The thing is that we absolutely know if we don't paint now, it will never get done. We will move in and live with the not-quite-right paint colours for the next twenty years. And it will bother me. Every. Single. Day.

So we've decided that we really do need to paint the entire house. Which didn't really seem like onerous a job at the time we decided it because, after all, we're not moving until June.

Of course, now that we're into May, it seems like a big job. Huge, even. Time to buckle down. So we started in the girls' rooms, because there was no way that they were staying the colours they were, even if we squinted and tilted our heads.

We even let them pick their own colours. Kee went straight for pink. Not just any pink either; hot pepto bismol pink. She wanted everything pink. Maybe two different colours of pink? Really dark bright pink, and slightly lighter bright pink? Thankfully, she decided to be reasonable and ended up with a lovely light pink called "Hawaiian Shell."

I had assumed that Beege would pick purple. But she fooled us all, and picked something called "Blue Poppy" when she was out with my mother. She carried the paint chip around with her, and told everyone that that would be her room colour. Of course, then we lost the chip. To make things simpler, I offered her a selection from the ones that I'd gotten in the first place, and she decided on "Lilac Bisque" which is, after all that, a very pretty purple.

Anyway. We got both of them done this weekend! 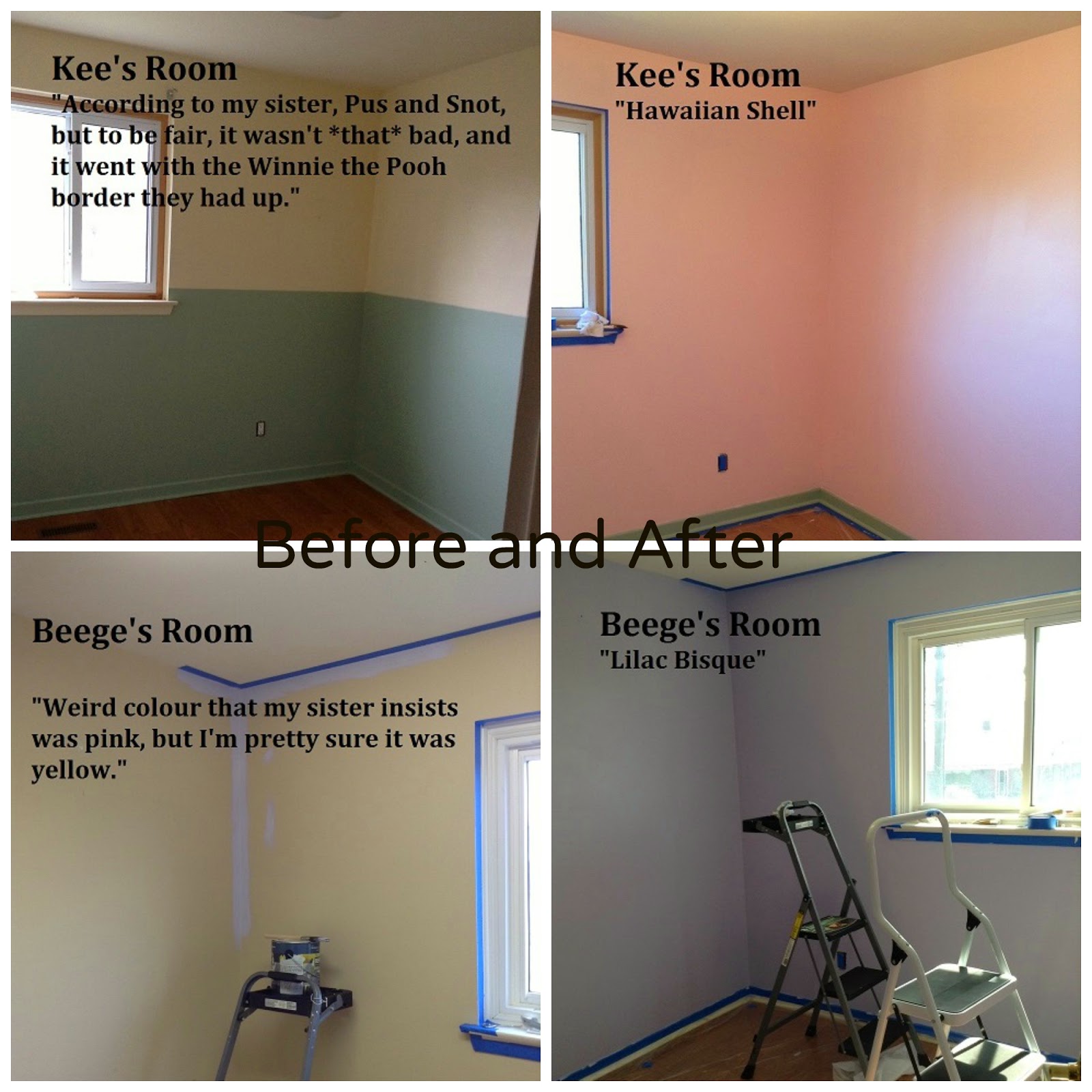 Both rooms look wonderful, the girls are totally happy.

Now we just have to decide on the rest of the house.

We're in This Together, You Know.

Why is it that at the slightest hint of tension, my body betrays me? Since we signed the closing papers on the house, I've had a nagging cough. My nose has been running consistently for weeks. Aches and pains are cropping up all over the place. Yesterday, I lost my voice altogether.

I remember this though. When I used to be in/help out with plays I would be fine until closing night. Then as soon as the curtain fell, I would be a snotty, throaty mess for a few days. Same with exams. Major papers. Job interviews. The lead-up would be all excited energy. The fallout would be gross. Without fail. You should have seen me the day after my wedding.

My body makes no logical sense.

But I am ignoring you, Body. I'm getting on with things. We've bought a house. I've signed up for mail forwarding. I've got the girls' school registration forms in hand. We're doing this thing whether I feel like I'm going to hurl or not.

Although I'd prefer not. So please, Body, have a Heart.

Labels: being sick sucks, house stuff, I'm neurotic, me time, too much to do, well this sucks
Newer Posts Older Posts Home
Subscribe to: Posts (Atom)