Today, It's On My Left Calf.

It's that time of year again. When you're dripping in sweat as soon as you step out the door, and by the time you've walked down the block, you just want to lie down until the sun goes away.

Or is that just me?

Today, that's not what I'm here to complain about. Let's talk about another reason why summer is so awful.

Stifling summer heat means shorts, and skirts, and tank tops, and various other clothing items that make us feel like we ought to be hairless. Time to start cursing whoever it was that decided that hairless legs were a trait that ought to (quite unnaturally, really) be exhibited by the entire female human population.

I applaud all of you who manage not to buy into it. I'm working on it. Really, nobody should care if I'm hairy but me. Conversely, I really shouldn't care whether anyone cares. I'm sure that part of the reason I can't just ignore this particular societal construct is the deeply ingrained taunting of a boy in grade four laughing at my downy legs, and nicknaming me "monkey girl". But my childhood psychological scars are beside the point.

Considering that I have bought into it, what's the big deal, right?

Well, let's put aside the fact that razors and things are expensive. Let's ignore the fact that bathing takes double the time in the warmer months. Let's overlook the extra cleanup that needs to take place in the bathtub solely because of the pursuit of "silky" legs. Let's even discuss the fact that big companies get rich off of our insecurities by propagating unnatural, and often unattainable, standards of beauty some other time.

Why exactly do I hate shaving my legs so very much?

I always, without fail, miss a spot.

Labels: "beauty", all about me, I just don't get it, it's hot, nature is nice, rant, Whoops

This isn't a real post. For a few reasons.

1: One of the side effects of my weird inability to ready myself to move is that my swiss cheese brain can't hold onto a post idea from the time I think of it to the time I get to the computer.

2: I can't find my pants. I washed and folded three loads of laundry, one of them containing every pair of pants that I currently wear, and it's gone missing. I kind of need to find them before pick up.

3: I've got a guest post up over at Mommy's Weird, so you can just go read that.

Time Flies When You Should Be Packing.

My goodness, it's been busy around here. Husband had a surprise business trip pop up*, the kids are finishing up the school year, and I'm trying (albeit not entirely successfully) to pack our life into boxes.

The kids are handling the impending move with aplomb. I think we timed it well for them, because we're going the week after school lets out. They'll have a week to decompress (and help me pack, dammit!), and then on to a new adventure. By the time school starts, they'll be settled and ready to go. They seem generally excited, and they're familiar with the new neighbourhood because we've been up there every other weekend for months.

I am worried about me however.

I went out to dinner last night with some of the friends I've made here. And as I looked around, I realised that I've only gotten to know all of these people in the past few years, despite having lived in the neighbourhood for close to fifteen. Largely because wanting my kids to be able to have friends forced me to talk to them. And they're great. And I will get my driver's license for the sole purpose* of visiting them.

It took me a full year of standing around the yard waiting for our children to come out of school together to even chat with anyone above and beyond the current weather conditions, or what stupid adorable thing our little demons darlings had gotten up to lately.

And Beege is almost beyond the age where I'm even going to meet all of her friends' parents. I've still got a couple of years left on Kee, but if my past record holds true, I might run out of time before I work up the nerve to talk to anyone.

Besides the whole friend thing, there's the fact that it took me EIGHT YEARS to get used to the nighttime noises in our current house, and I STILL get startled awake sometimes. I'm going to have to get used to new noises, new layout in the dark (I am blind as a bat in the dark, without the help of echolocation, which I think would be disturbing for the rest of the household anyway), new garbage day, new library, new parks, new schools, new people ...

I'm not good with change. Have I mentioned that? Probably. It seems like something I'd say more than once.

*To Bulgaria, of all places.
**Okay, not the sole purpose, but I'm being dramatic here.
Posted by Jessica at 10:43 AM 4 comments:

Labels: all about me, I'm neurotic, I've got too much crap, irrational fears, isolation, organisationally challenged, procrastination, too much to do

A Craft For All Seasons.

So. Yesterday was Kee's "not really a party" party.

Originally, I'd planned to have a barbecue. They were going to play some outdoor games, blow bubbles, eat hot dogs, and basically run around until they got tired.

I was awoken at about 6:30am by the soothing sounds of gentle rain hitting my window. It soon became huge drops of water pelting my window, accompanied by booming thunder and flashes of lightening.

Great. Our apartment is tiny and there are boxes all over the place. I spent the entire morning tidying the living room into a reasonable state so the kids would have room to play. Sadly, I'd already packed up all our games and sent them on to the house. You know, because we wouldn't need them, as we were going to be outside.

Luckily, at least one of the activities that I'd planned for outside was transferable.

We did a craft. 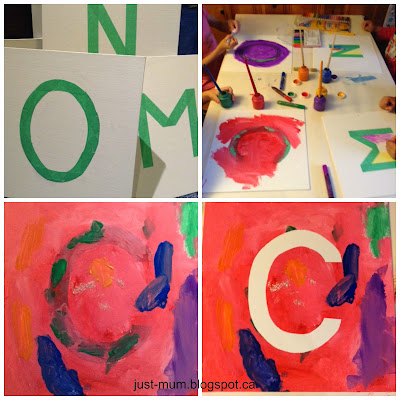 The night before, I'd made the first letter of each girl's name on a 12 x 12 canvas board with painter's tape. I gave them paint, markers, and glitter glue to cover the boards. When it dried, we were going to peel the letters off, to get the lovely result you see there on the bottom right.

The best thing about this craft is it's super easy to set up, and it can be as simple or complicated as you want to make it. For older kids, I'd definitely used a more interesting font and offer more options for decorating.

Of course, only one kid wanted to peel her letter off, so they basically ended up with painted splotches on a square. But hey, it was fun, and it killed 20 minutes.

They spent the rest of the afternoon alternating between watching Frozen, demanding snacks, and running around screaming. I'm pretty sure fun was had by all. 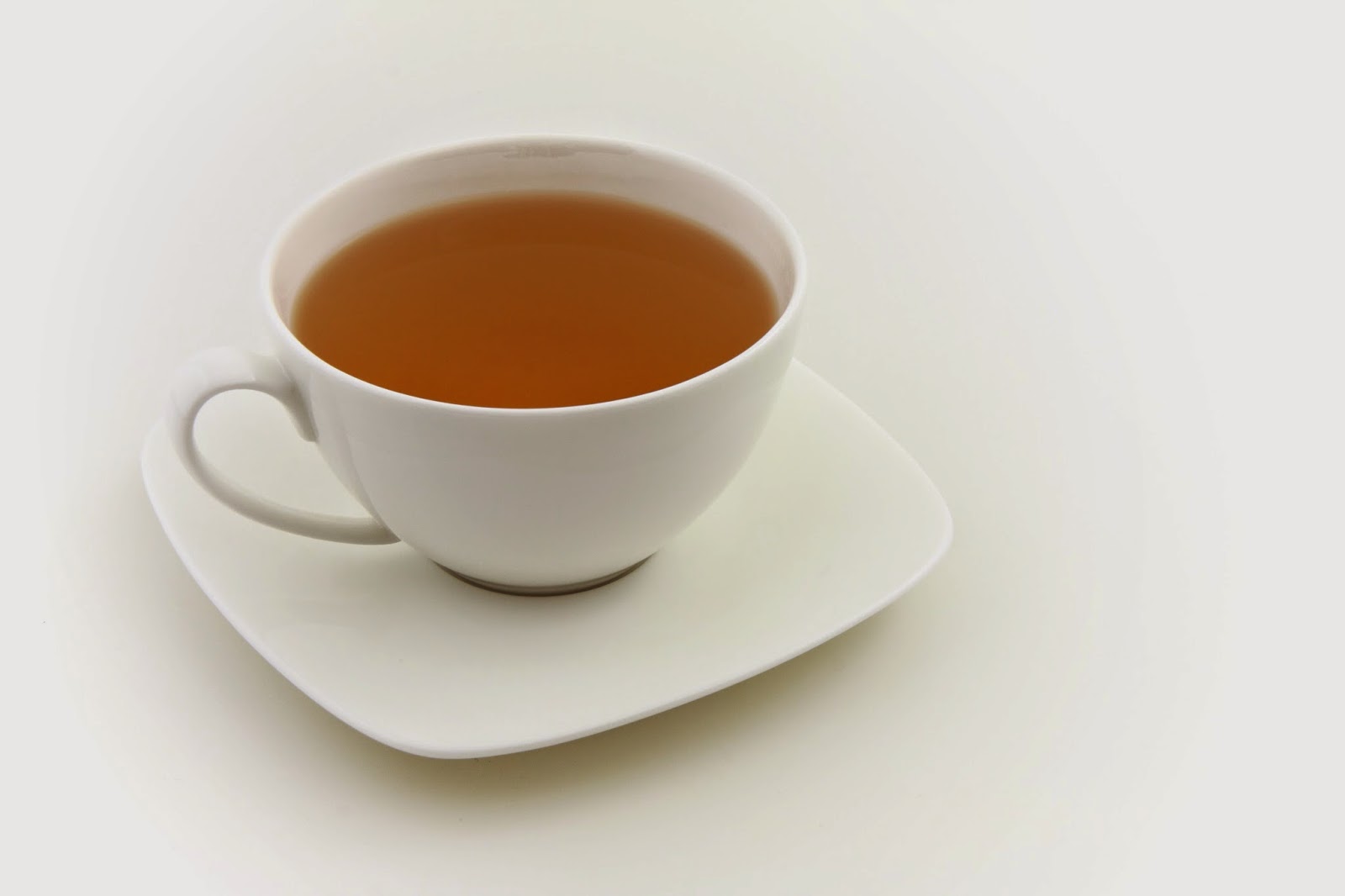 He came into the room warily, keeping his eyes studiously away from her. He could almost see her annoyance jutting out from her body like spikes. He wondered what was wrong now, and guiltily assumed it was probably something he'd done.

He knew that look. She was pretty pissed. He wondered what it was this time. He was pretty sure that he'd cleaned up the coffee he's spilled this morning. Had he kissed everyone goodbye? He knew she didn't like it when he forgot because he didn't see them before bed sometimes. He didn't like it either. He was especially late today, but there had been traffic, it wasn't really his fault. He tried to read her face.

God! Why is he staring at me like that?! She shifted on the couch, and he jumped as though startled. He still hasn't said hello. The kids had been animals all day. She hadn't been able to take a single minute for herself. She'd yelled. She hated it when she yelled. It made her feel less human.

They sat together, blowing over their steaming cups.

She felt cared for.

I'll Bee In The Garden. 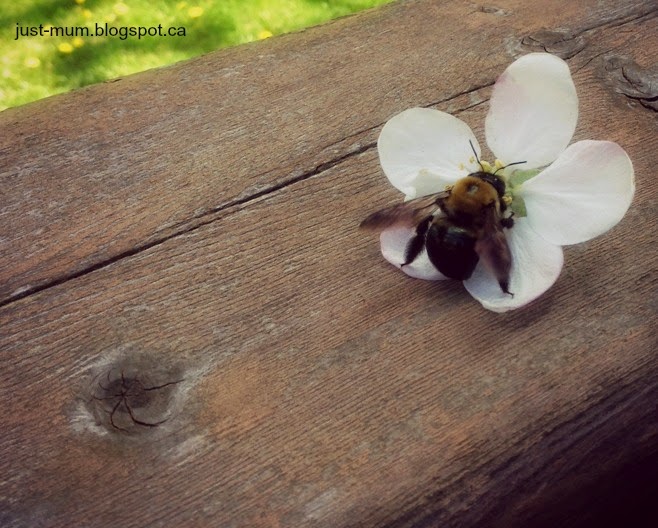 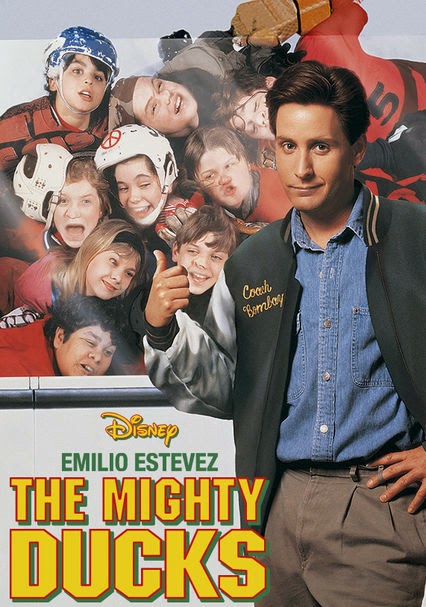 Have you ever noticed how something that's months away seems like it's forever away until a few weeks before the thing, and then time goes at superspeed?

Moving was MONTHS away. So after doing some basic things like setting up the mail re-direction, and registering the girls at their new school for September, I relaxed a bit. We've been painting the new house, and we try to take a box or two when we go... but you can't even tell we've taken anything.

I mean, you can tell up THERE, because there's boxes in the middle of the room. But THIS place, doesn't look any less full of stuff. And I'm starting to panic a little bit. 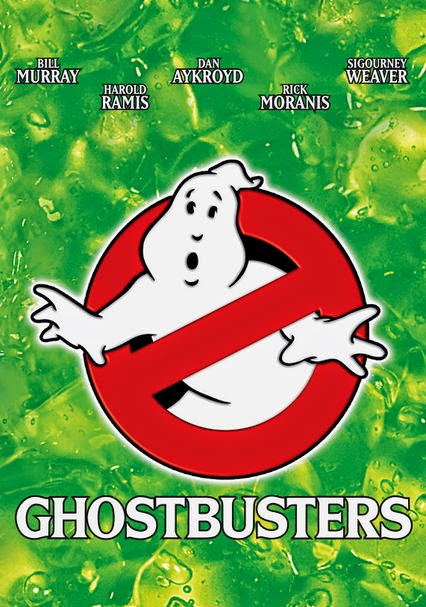 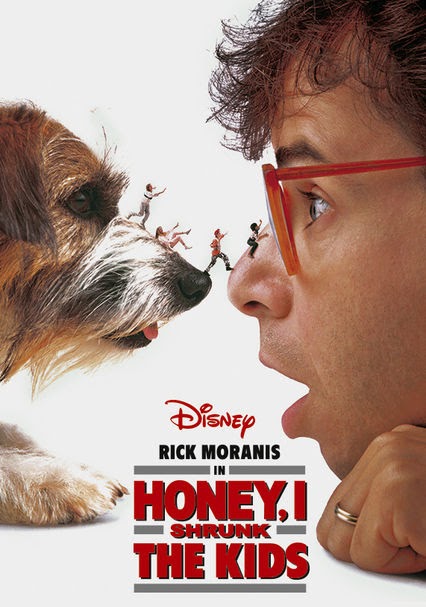 So, instead of packing boxes, the other day the kids and I sat down and watched some "old" movies*. (My kids thought it was hilarious that when I was a kid, I had a crush on Charlie from The Mighty Ducks.)

I got Husband to watch Ghostbusters with me, while we stayed up late ignoring the things we were supposed to be sorting into keep/donate/sell piles.

The kids watched Jumanji at my parents' house while we were up there painting this weekend.

Today, I think I'm going to sit them down to watch Honey I Shrunk The Kids, while I cover my eyes and rock back and forth in amongst the piles of boxes.

In all seriousness, I'm having a lot of fun watching all these movies and TV shows that I used to love when I was (maybe just a little older than) their age. Netflix is a great place to find them all too - go have a look.

Now if you'll excuse me, I'm going to get back to watching The Fresh Prince of Bel-Air while ignoring my to do list.


*Personally, I do not feel that movies like Jumanji and The Mighty Ducks are old - movies like Casablanca and Citizen Cane are old - but try telling that to my kids.