Alrighty. So I haven't been around much lately, and here begins a list of my excuses:

Okay, just one excuse really. Made up of a few parts.

1. The kids are home for the summer. They are animals. I honestly don't think that I fought with my siblings as much in my entire childhood as these two have in the past few weeks*. It's amazing really how they've managed to distill "sister bugging" into a fine art. They are masters. It's not a marketable skill though, so I'm trying to convince them to move on. They feel they have more honing to do.

2. I don't seem to be able to write with distractions. I've been working on it, but I haven't yet managed to completely ignore the eruptions of screaming from the basement every few minutes.

3. I've been laying-on-the-couch-trying-not-to-move sick for the past couple of months. And when I'm not fighting nausea, or breaking up fighting sisters, I'm asleep. I fall asleep in the middle of sentences. Book on my face. Propped up against the wall on the stairs. Drool everywhere. It's not pretty. Number three is the size of a kumquat, and already asserting him/herself. 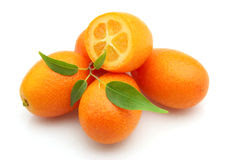 Did I forget to mention? I'm forgetting a lot of stuff these days. Yep! Who's got two thumbs and is totally pregnant? This guy right here! (You know... me.)

So between coralling the kids who are running around outside of me, and trying to stay conscious in spite of the one rolling around inside of me... I'm exhausted.

At least I think that's where I was going with that.

And that, friends, is my super stellar pregnancy announcement.


*My mum would probably beg to differ, but it's my blog, so nyeah.
Posted by Jessica at 1:01 PM