You Want to Watch What??

As is common with most people with small children, Husband and I sometimes have a hard time getting around to going out anywhere. So our fallback "date night" is ... you guessed it... Netflix and takeout. What's supposed to happen is that one of us will order the food while the other deals with bedtime, then we congregate on the couch, fire up the TV and start watching.

Sometimes, this goes exactly according to plan, and we've eaten and are snuggling on the couch in front of our latest binge by nine.

Other times, what happens is that we forget to order the food because the kids outnumber us. So we have leftovers. That's okay. We're together, so still good. (Although, I really would've enjoyed that souvlaki dinner.) Then he sits down to pick a movie, because we've run out of seasons on our current favourite, while I tidy up *ahemplaySimscough* and empty lunch bags (a chore which my 9 & 11 year old children are going to start doing soon if they want to eat lunch at all). Half an hour... maybe an hour later, and he is still sitting there, scrolling through the selection screen.

I swear he'd be perfectly happy just sitting there watching trailers. I've also learned, after a hundred years of marriage*, that sometimes the selection screen is better than the stinkers that he actually settles on. Land of the Lost? Almost, but not quite bad enough to be good. Left Behind? Wow, dude...

That's what marriage is sometimes; compromise glued together with bad movies**.

For those nights when you don't want to take the chance that you're still scrolling while eating cold macaroni out of the kids' plastic bowls at bedtime (or trying to prevent all out war on family movie nights), Netflix has a few suggestions for persuading your people to just watch what *you* want to watch.

Now, for me, this first one is almost completely unnecessary. I could be in the living room by myself and mutter "Star..." under my breath and he would pop up and say "Wars?" The kids, however have taken convincing at times. (For example, we ended up watching Hop instead of Rogue One for our last family movie night. Whaaat?) 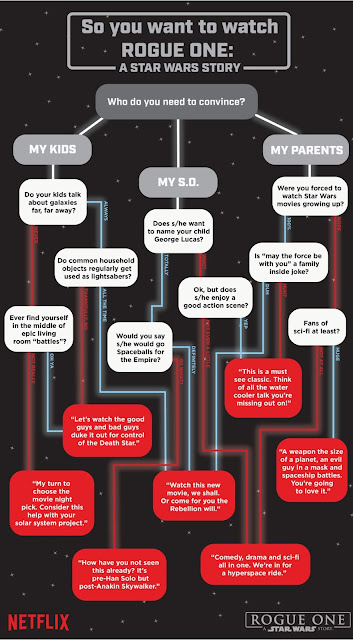 And for those times when you just can't take one more repeat of an episode of Friendship is Magic? 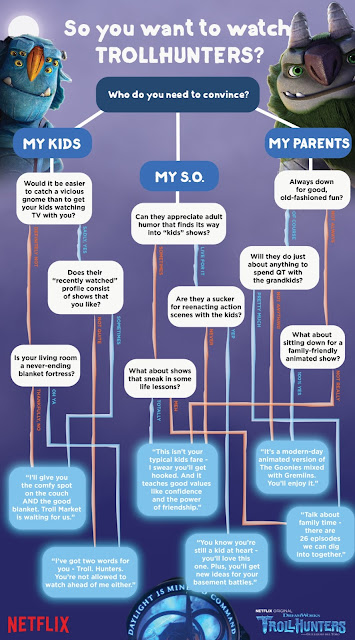 Maybe not? Want to expand some horizons with an interesting cooking show? 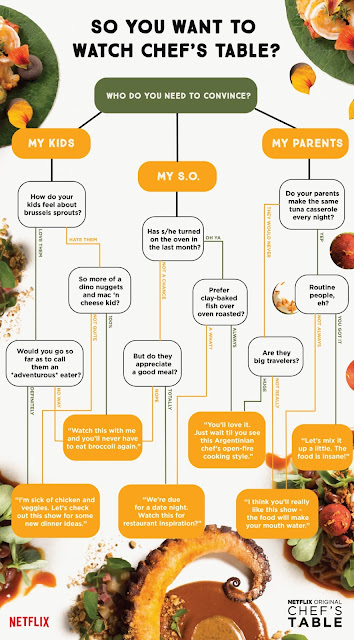 Now I just need one for Downton Abbey, and Christmas movies.

*Okay, not a hundred, more like 15.
**To be clear, watching bad movies with Husband is one of my very favourite things to do.
Posted by Jessica at 12:22 PM No comments: